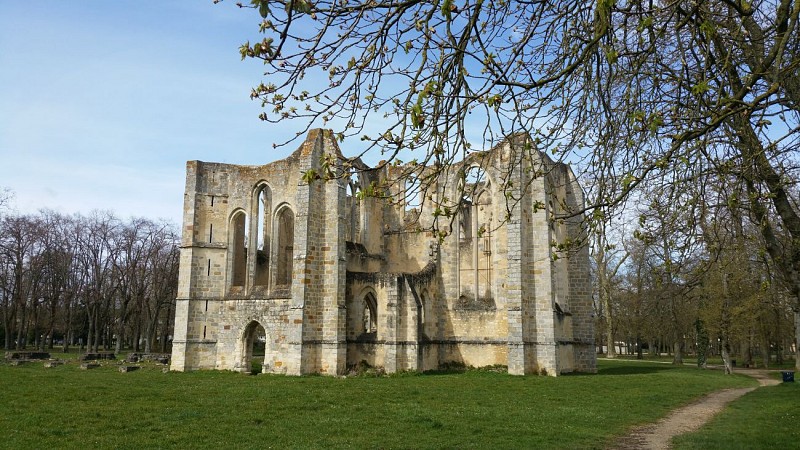 The Cistercian abbey of Notre Dame du Lys was founded by Saint Louis and his mother, Blanche of Castille, in 1244. The nuns, who came from the abbey of Maubuisson, moved in in 1248.
The heart of Blanche de Castille, who was buried at Maubuisson, was transferred to the minster in 1253.

The abbey became a refuge for the King's protégés, young damsels from good families and repentant ladies who had sinned. The abbey buildings, which had been burned in 1358 during the Hundred Years War, were rebuilt from the fifteenth century onwards.
After the religious wars of the sixteenth century, the abbey was reformed. The French Revolution saw the community expelled from the abbey and it was declared a national property. The town tried to have the minster turned into a parish church, but in vain, and the buildings were sold in 1797.

The eighteenth-century main hall is the only vestige of the abbey buildings that remains. The nave of the minster was pulled down and only the bases of the side walls and pillars remain. However, the choir, the transept and its two oriented chapels still have their walls up to the start of the roof vaults.

The abbey ruins may be visited in the public gardens now known as the Abbey Park.

All year round, daily.