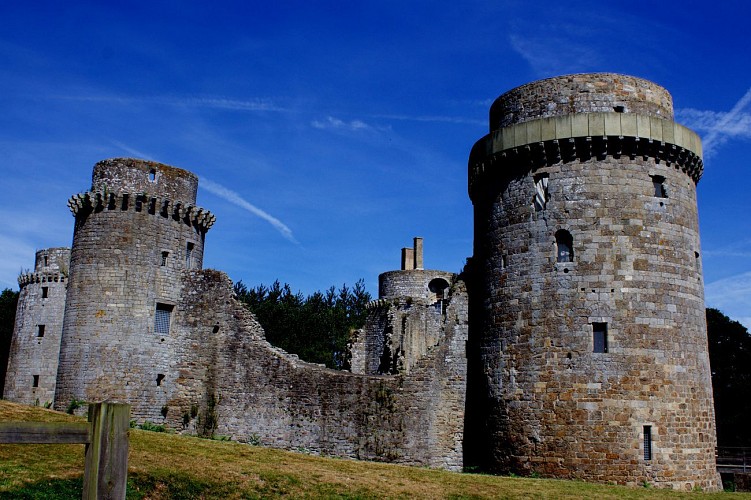 The Castle of la Hunaudaye was built around 1220 by Olivier de Tournemine then rebuilt at the beginning of the 15th century.
During the Middle-Ages, la Hunaudaye was one of the most important seigneury of Penthièvre and its castle established the power of its owners, the Tournemines. Said Tournemines were also the lords of Plancoët and Montafilan (Corseul).
Even if the Arguenon River can't be seen from the top of the towers, it is close by, 2km away. The castle was actually built to protect the banks of the Arguenon River and protect Penthièvre on its west border.
In the area, the roads allowed the merchants to take part in the local fairs (St-Jean). The mills along the river allowed farmers to grind grain and trample clothes.
Today, the old medieval roads are paths to access the fields, the fairs have disappeared and the mills wer flooded by the construction of Pleven dam.
In spite of the French Revolution's destructions and the castle being turned into a stone quarry, the defensive system remains imposing. The castle was recently restaured making its visit much agreeable.