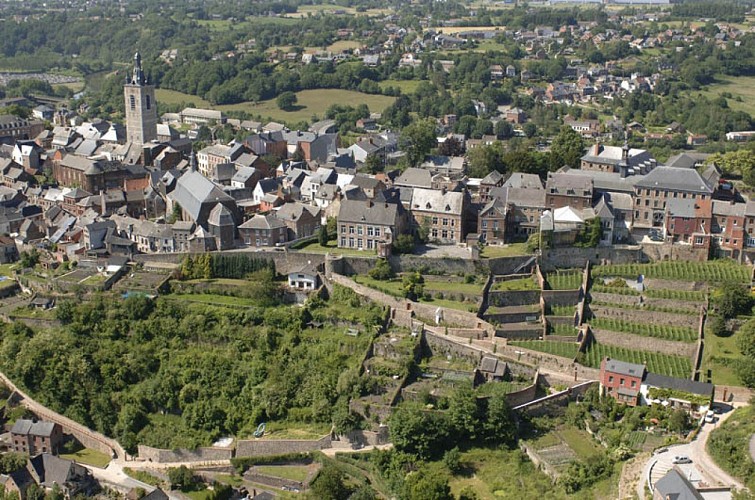 The site of the "hanging gardens" features a succession of terraces between which alleyways wind their way, linking the historic districts of the upper town with the lower town. The origin of these gardens on a slope of the Biesmelle probably has to do with the building of successive city walls, either from the 12th century for the south slope or in the 14th century for the east slope. Relatively prized for several centuries, this type of enclosed garden, sometimes planted with vines, lost its attraction during the second half of the 20th century with the growing lack of interest in subsistence gardens. This resulted in neglect, the deterioration of the retaining walls and various plots being separated out. These walls, usually built from sandstone and less often in brick, are currently being restored, in particular as the result of social and business integration initiatives prompted by a concern to pass on the knowledge and expertise in working with masonry and lime.